Toronto FC erased a first-half deficit to score a pair of unanswered goals, including a sensational solo effort by Alejandro Pozuelo early in the second half during a 2-1 win Saturday night over the Philadelphia Union at BMO Field. Julián Carranza opened the scoring in the 34th minute with a back-post headed finish off a Mikael Uhre service. 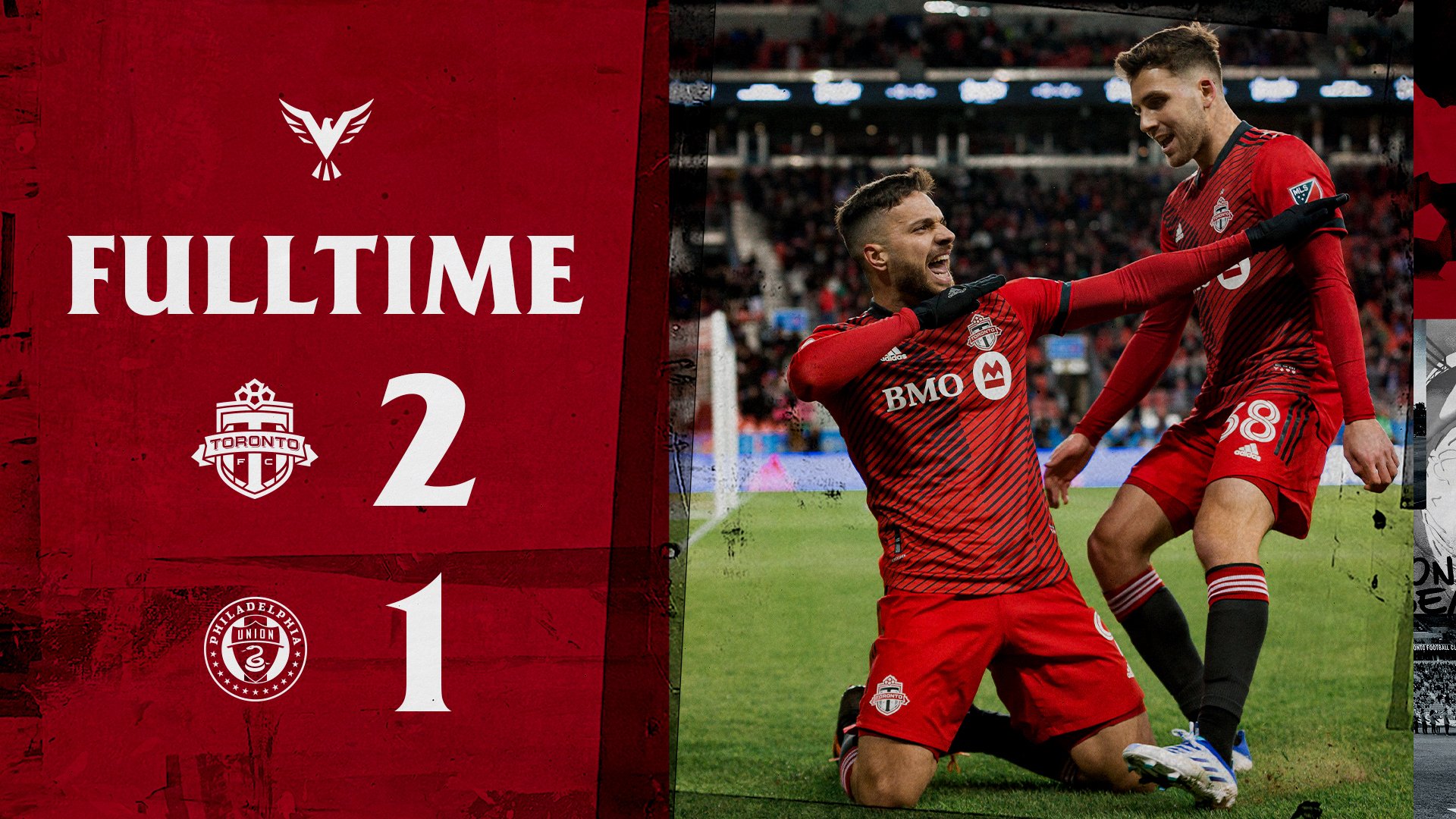 But the Reds responded just five minutes later with Jonathan Osorio and Jesús Jiménez playing a one-two before the Spanish forward curled his effort inside the far post for the equalizer – his fourth goal in seven matches. Pozuelo scored what proved to be the winner in the 51st minute, navigating through several Union players just inside the box before beating Andre Blake with a left-footed low finish from 16 yards out.

The Union, which had a goal negated following Video Review late in the first half on an offside call, nearly leveled at the death, but Jakob Glesnes flashed a header over the bar off a Kai Wagner corner.

THE BIG PICTURE: Are Toronto FC officially back? The Reds are unbeaten in their last four with three wins and a road draw, with this triumph over the early Supporters’ Shield leaders the signature one of the Bob Bradley era. A loud crow and a moment of brilliance from Pozuelo, it all felt vintage TFC. The Union, who were the last undefeated team in MLS this season, had a five-match winning streak snapped and conceded for the first time since March 5. They’ll be just fine.

MAN OF THE MATCH: Shane O’Neill had a strong performance in central defense, but on this night he’s an honorable mention. Pozuelo was the man. He completed 83.3 percent of his passes and scored the decisive goal on a sensational solo effort, reminding everyone why he was a Landon Donovan MVP winner in 2020.