The elected officials of Las Vegas City Council are eyeing the decision makers of Major League Soccer (MLS). However, the Council is still deciding whether it should negotiate terms on a deal that will decide on whether there should be the establishment of a venue for soccer. The motive is to make a way for the United Soccer League’s team Las Vegas Lights FC in order to have the team apply and join the MLS. The Council aims to forward a proposal to the commissioner to the MLS Don Garber and the owner of the Soccer League in exchange for the money worth. For this, the FC is ready to convert an area of as much as 62 acres of land from a mere stadium village if it makes the MLS consider its offer better.

The MLS owners in the year 2017 were planning to extend it to as many as four cities. But, the MLS has always had a hard time and their struggles date back to the year of their establishment itself. Initially, when the MLS decided to expand, it did face some problems but found its way out soon enough. The League now wishes to expand itself to six teams and is eyeing the Indianapolis for this particular franchise. The Indianapolis franchise is at present the member of the United Soccer League but wishes to elevate its status and get to be a part of the Major League of Soccer and are ready to offer as many as $112 million to be a part of it.
END_OF_DOCUMENT_TOKEN_TO_BE_REPLACED

Chicago Fire became the latest team to suffer at the hands of Seattle Sounders, who have made a fast start in the 2019 MLS campaign by getting a 4-2 victory during the weekend. This was the third successive victory for Seattle Sounders, who do not have an inspiring pre-season. In fact, Brian Schmetzer was extremely disappointed to see his team lose most of the pre-season friendly matches and he had to stay very positive even after this poor form. However, Seattle have been able to continue the excellent form from the end of 2018 season even in 2019.

Seattle Sounders were knocked out of the MLS Cup conference semifinals last season by Portland Timbers. Now, Brian Schmetzer is targeting a victory in the MLS Cup due to this strong start. This is the second time Seattle have been able to score three or more goals already this season. Victor Rodriguez, Jordan Morris, and Nicolas Lodeiro came up with goals inside the opening 50 minutes to put a solid advantage for Seattle, who threatened to suffer the first dropped points of the season when goals from Raheem Edwards and Fabian Herbers was able to pull the home team to a 3-2 score for a brief period.Ruidíaz made sure of the three points for Seattle Sounders with a goal two minutes from normal time.
END_OF_DOCUMENT_TOKEN_TO_BE_REPLACED

The LA Galaxy have been quietly building their roster as they look to make a big impact in this campaign after failing to make the playoffs last season. according to reports in the USA, the club have acquired the services of highly rated defender Diedie Traore.

The French defender had been highly regarded by the club after playing for the LA Galaxy II side last season. The 20-year-old was discovered in an LA Galaxy II Open tryout where the club allows young players across the country to participate in a trial.
END_OF_DOCUMENT_TOKEN_TO_BE_REPLACED

The financial contribution of Major League Soccer is improving as can be seen from the Football Finance 100 report issued by Soccerex. This report has compiled a list of hundred clubs across the world based on a comprehensive analytical study. There are five main factors considered which are playing assets or players, tangible assets owned by the clubs such as training centers, stadium, the potential for investment by the owner, cash in bank accounts and debt in net amounts. 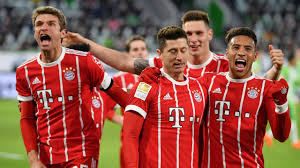 Ranking has been done based on the score created out of the five factors for each club; the top hundred clubs have been ranked on the basis of these scores. This year’s list sees 14 clubs of MLS in the top 100 which is one higher than the listing seen last year. Among them, LA Galaxy is highest ranked along with Seattle Sounders and New England Revolution, all of which have positions are in the top 30. Seattle Sounders has tangible assets with a total value of $295,117,170; this is highest among all the MLS clubs. Orlando City is ranked 51st and it is 11th among the total 14 clubs of MLS.
END_OF_DOCUMENT_TOKEN_TO_BE_REPLACED

Don Garber, the commissioner of Major League Soccer have hailed 2018 as the most competitive season for them since he has appraised the state of North American League during the finals of MLS Cup. Garber praised the finalists of MLS Cup, Portland Timbers, and Atlanta United as he talked about the topics that included league expansion, the probable changes to the playoff formats of MLS Cup, and the global transfer market.

Garber has stated that he guesses that they might end up with something which is a little than what they have now. He refused to talk about the specifics of the pending discussion amongst the owners of the club in the following week. However, he has stated that the aim of the changes is going to be to make the consistent season more important.
END_OF_DOCUMENT_TOKEN_TO_BE_REPLACED